Safe materials, safe construction, maximum durability - this is what tfk quality stands for.

Sun protection to the highest standard

The sun protection is a factor that should not be neglected in a pram. For this reason, all fabrics of the tfk models are tested according to the strict New Zealand standard, where they achieve a value of UPF 50+. This value means that up to 98 percent of UVA and UVB rays are reflected.

Our sun protection available as an accessory reflects a maximum of 60 percent of UVA and UVB rays. A higher value would only be achieved at the expense of transparency and thus the child's vision.

For everyday use, you should always bear in mind that fabric that is wet, tight-fitting or stretched has less protective properties. Also, always make sure that the pushchair, and therefore your child, does not have to stay in the blazing sun for long periods of time.

Highest standards for your stroller

Those who produce articles for children bear a very special responsibility. Harmful and health-endangering pollutants are clearly taboo. That this is not always the case is unfortunately regularly proven by studies conducted by the institutions Stiftung Warentest and Öko-Test.

In order to permanently ban harmful substances from our own product range, initiative is required - control is better than trust. tfk sets an example in this case and has its products regularly tested in order to detect any harmful substances and eliminate them immediately. 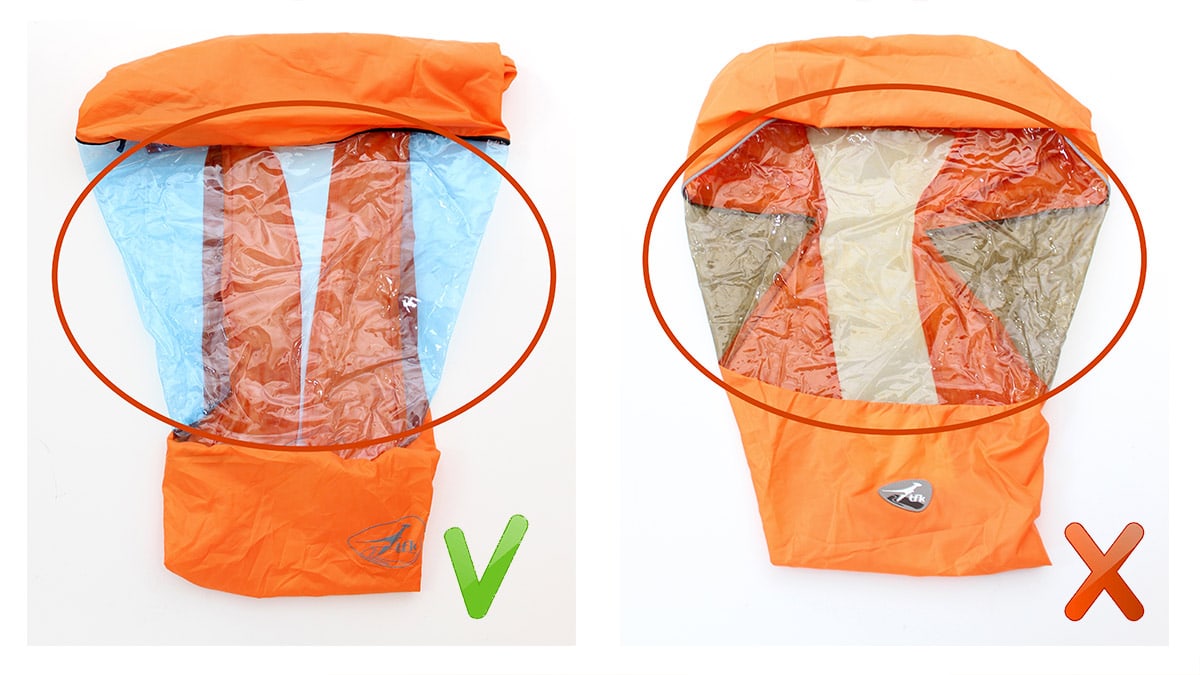 Unfortunately, the assessment of the actual protection against UV radiation is not uniform worldwide. As a rule, the tests and calculations are carried out in accordance with the New Zealand standard AS/NZS 4399:1996. The corresponding scale ranges from zero to the maximum value of 50+. At the maximum value the reflection rate is about 98 percent. The New Zealand standard is met if a UPF value greater than 15 is calculated. In contrast, the European standard (EN 13758-1999) is only fulfilled from a UPF value of 40. In addition, the so-called UV Standard 801 according to Hohenstein also exists. This also takes into account the requirements to which a material is exposed in direct sunlight. In contrast to the European, New Zealand and American (AATCC 183 - 2000) test methods, the UV Standard 801 takes aspects such as ageing of the material, moisture or stretching of the textile into account. This sometimes drastically reduces the corresponding UV protection, which is then reflected in the reported UPF value. Important: The scale of the UV Standard 801 reaches up to UPF 80, while the New Zealand standard has a maximum value of UPF 50+. Due to this different scaling, the values of the different test methods cannot be compared directly with each other.

Own initiative against pollutants

The European toy guideline including the toy standard DIN EN71, which defines corresponding limit values for many harmful substances, is the basis for all tests to which tfk subjects its products. Analogous to these specifications, tfk also tests the substances used for heavy metals, softeners and hydrocarbons. In addition, flammability and perspiration resistance are also put to the test. In addition to the substances, all plastics used in tfk products are also tested for plasticizers, heavy metals and hydrocarbons.

Substances and plastics can be a strong source of exposure to heavy metals, which is why special attention is paid to them. For example, elevated lead levels can affect the intelligence development of your offspring. Arsenic can lead to critical skin changes and the development of cancer. For this reason, all tfk products are intensively tested for heavy metals according to the EN71-3 guideline.

To the test reports Test is not just test

Safety should come first with prams

A steadily increasing number of test institutes and standards for safety guidelines unfortunately means that parents and sometimes also the specialist trade quickly lose track of the situation. "The main thing is that the common safety labels are on it" is then all too often the motto. What is really behind these labels is rarely questioned. In the worst case, a pram is then bought in the mistaken belief that it has been officially tested and approved for safety.>> To have a pram tested by an independent, official testing institute is time and cost intensive. Unfortunately, fewer and fewer manufacturers are willing to make this investment. Instead, they carry out their own tests and then affix labels from the official test institutes to the pram. Or you can dispense with the test altogether and label the pram in such a way that it gives the impression of an official test. There are also a number of safety labels that we have designed ourselves to give the customer the desired feeling of safety.
Zu den Testberichten This mark confirms that the pram has been tested by an independent, certified institute according to the EN 1888 standard and the EN 71 toy standard. In addition to mechanical tests, this also includes chemical tests for plasticizers (phthalathe), polycyclic aromatic hydrocarbons (PAH), perspiration fastness, azo dyes and other heavy metals. In addition, annual tests are carried out directly in the factories. Companies that carry this mark must be able to show you the certificate at any time. Important with the GS label is that it may only be affixed in conjunction with the testing institute. All certificates must also be deposited on the homepage. Logos with this label are pure own creations of some manufacturers. In the best case, the pram is then tested by a self-test according to EN 1888 - but in no case by an independent institute and also not according to the toy standard EN 71. The ISO or DIN specifications are completely misleading, as they do not exist in connection with the pram standard.